Irish Person of the Year

Irish Person of The Year Nominations Approved By SADOE Board

The SADOE Board approved one nomination for Irish Persons of the Year, which were voted on by members at its February 1, 2022 general meeting. Congratulations goes to local broadcaster  Erin Breen.

Her biography is presented below: 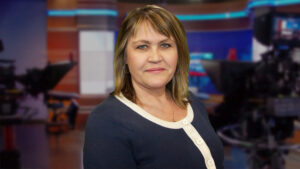 Erin Meehan Breen was nominated by the SADOE board in January and selected by its membership last night unanimously as our Irish Person of the Year for her efforts to bring Irish Culture and History home through her Erin’s Isle blog and accompanying podcasts.

As an Emmy award-winning journalist, columnist and writer for television, radio and print she has put 25 years of experience to work honing a true talent for storytelling as “a broad abroad living in Ireland,” as she perused and was awarded her Master’s Degree at the National University of Ireland in Galway a few years ago. Every episode focuses on a couple of potential things to add to your adventures and a look at universal issues of the Emerald Isle, have become part of the inflight entertainment on Aer Lingus flights to and from Ireland. She has turned her passion for storytelling into a non-profit organization to support future trips in order to bring more content for her storytelling project.

Breen is a familiar face to Northern Nevada Seniors through her “Reconvene with Erin Breen” segment on “Aging And Awesome” Show, airing weekly on KTVN Channel 2, covering an array of topics from different age perspectives and interests that impact the quality of life of those 55 and over. She also is a contributing writer for Irish Central.

Breen was inducted into the Nevada Broadcasters Hall of Fame in August of 2011. She began her broadcasting career as a weathergirl in Eureka, California and over nearly three decades has worked in radio and television, public and commercial. She was honored in Las Vegas, Nevada.

Erin Breen was awarded an Emmy for the National Academy of Television Arts & Sciences/Northern California Region for Outstanding Achievement in Daytime News for smaller markets in 2008-2009. She received the award as an anchor/reporter and writer for KTVN, Channel 2 in Reno, Nevada.
Breen was born in New York and addition to her Master’s Degree from NUI Galway, she as a BA in Journalism from the University of Washington, Seattle.

She has three children and resides in Reno when not in Ireland. Her Irish ancestors are from County Sligo.

To Breen, being Irish means celebrating her heritage, which she says “is my past, future and my passion.”

Erin joins a list of previous Irish Person of the Year winners who have made an exceptional contribution to the Sons & Daughters of Erin.
This award has been bestowed on: